The importance of blockchain voting during a pandemic

SARS-CoV-2 or COVID-19 has resulted in a global pandemic, as it easily spreads between people in public spaces.

Close physical proximity to other people increases the risk of spreading the infection.

This is having a profound effect on many countries that were unable to prevent the virus from entering their borders. The citizens in these countries are now stockpiling resources, and are fearful of congregating in large numbers, and contributing to the spread of the virus.

Regardless of what the next few months brings, and as organisations scramble to protect themselves and the wellbeing of their employees, this outbreak will force governments and companies to rethink their core operational processes to protect from similar risk vectors in the future. COVID-19 will pass, but business may not return to ‘normal’.

The situation calls for social self-isolation. At the moment traditional voting methods not only mean increased monetary costs and labour requirements, but could potentially put millions of lives at risk.

Today there are very few companies that can effectively service the demand for electronic voting in a secure manner. The online voting companies that have captured the market using old technology have not been able to offer secure, transparent and publicly-auditable elections that can instill public trust, and their track record is more of a threat to democracy than what was promised.

Recent technology breakthroughs, however, mean that businesses working on cutting edge voting solutions can now offer decision-making tools and election services to organisations that need security, auditability, verifiability, and a transparent process that is trusted by the public.

By leveraging new technologies including blockchain the way we have at Horizon State, the convenience of citizens voting electronically from the safety of their own home can be combined with a level of security greater than the paper-voting methods they have become accustomed to.

Blockchain supported voting allows a previously unachievable level of transparency and auditability. Every voter can verify that their vote was recorded and counted correctly, and all votes are visible to everyone, without revealing the identity of any individual. This means any third party can audit or tally the result of an election themselves.

When people can see what is going on, citizens and customers are more likely to trust the organisation employing the transparent process. Greater trust often leads to increased public engagement with that organisation, whether that be with the public sector or purchasing products from a business.

Horizon State software means that any business, union, government, council, body corporates or other organisation can securely run their Annual General Meeting, host an election or vote, engage the public for feedback, or make any other kind of decision that requires the participation of multiple parties in a secure online environment that protects public health.

The voting public are showing they don’t want to risk infection. In Queensland, Australia this week, the Electoral Commission of Queensland’s website crashed from the volume of voters signing up for postal vote forms. At the close of applications, an unprecedented number of applications had been received for postal voting, estimated at 540,000.

It is the duty of governments to keep their citizens safe, and they are running out of options. They must balance the need for safe digital voting environments that can keep their communities connected, with the desire to do what is familiar but no longer suitable. Horizon State removes the need for governments and councils to postpone elections from public health concerns. Horizon State’s solution is uniquely positioned, because it both offers much greater transparency and security than existing electronic voting solutions, while being validated in both Australia and New Zealand from its use by the State Government of South Australia and a New Zealand Government department.

The technology now exists to make voting and engagement processes safe, more efficient, and trusted, and they will enable the public sector to respond quickly to the needs of their communities. Now governments, councils and other large organisations need to decide if they will be proactive, or wait and see what happens. 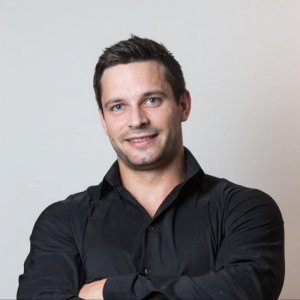 Tim is the CEO of Horizon State, a secure blockchain-powered electronic voting platform built to provide government and businesses with secure and efficient decision making standards that their communities can trust. Horizon State’s platform was a finalist at the Wellington Gold Awards in 2019 and was recognised in 2018 as a World Economic Forum Technology Pioneer, joining alumni including Google, Airbnb, Dropbox and Spotify. Tim is an early blockchain industry pioneer, and has presented to executives from five New Zealand government departments about the technology’s public policy implications and the future Financial Technology landscape.

Horizon State’s award-winning voting and engagement product has been built to bridge the trust gap that exists in the communication process between everyday people and those they elect to represent or serve their interests, whether they be public organisations or private businesses.

A Vote for Transparency