Elections are important to the future direction of organisations and communities. They decide how crucial resources are allocated, and which leaders are appointed. With something so important, and with all the concerns about administration costs, vote tampering and foreign interference, secure electronic voting has become a paramount concern for stakeholders looking for certainty.

Customers also demand convenience, and to save time doing things online. In a survey conducted by Australia Post, 77% of Australian voters wanted to be able to vote online by the 2019 general election. The security risks present in the current generation of online-voting systems, however, have so far prevented this being realised.

Legacy Voting Systems Are Not Serving The Public Interest

Paper-voting solutions don’t have a glowing track record either. They are slow, inefficient and costly. The 2016 Australian election saw 14% of ballots cast via postal vote, resulting in an eight day delay before an outright winner could be declared. Paper ballot systems present an expensive risk profile from election tampering and human error. 1,370 missing ballots voided an election in Western Australia after the 2013 federal election and a second election was held at a cost of more than $20 million.

New Zealand’s 2019 local council elections experienced some controversy due to lack of finality and reliability surrounding the counting of paper votes. The country’s Department of Internal Affairs is now looking into a review of the Local Electoral Act after a recount of a council seat in Whakatāne led to a judge ordering a ‘different interpretation’ of a single paper vote that overturned a coin-toss conclusion. Multiple recounts elsewhere in the country yielded different tallies to the originals, but not enough to change outcomes. Residents in New Zealand’s capital, Wellington, waited a month for a winner to be declared in its Mayoral race after being legally-contested on the premise that a significant number of invalid votes could change the outcome. A judge ruled that recount costs estimated into the hundreds of thousands of dollars for a recount of 60 thousand votes was not in the public interest.

The Current Cost of Doing Business

With the cost of holding elections steadily rising over time, like Australia’s estimated $227 million cost for its 2016 federal election, or around $15 dollars per voter, the need for a cost-effective and secure online-voting solution is greater than ever. With the capacity to greatly reduce some of the costs that make up elections, the social impact of the fair, transparent, and secure online voting opportunity that Horizon State presents to developing nations and fragile democracies cannot be overstated.

Voters Trust What They Can See

Voters today are wary of the security of their data online and the integrity of many digital processes. They are now aware that even the world’s largest companies cannot be trusted to keep private information safe or private. A growing majority of people also intuitively understand that centralised voting providers, whether paper or digital, are prone to the risk of human error and unauthorised breaches by employees or external parties. They don’t want to just take your word for it, or the claims of an outsourced company that their closed-door process is fair and secure. If you are not employing a voting system that your voters can have absolute trust in, then your members will not trust you.

With the wealth of information being shared online and the potential for reportage bias, it is important for voters to have access to impartial and direct information about each candidate and their policies. Current paper ballot and online voting solutions generally do not include this provision, and in countries like Australia that have compulsory voting, large numbers of constituents are left to vote blindly.

Horizon State offers a solution that removes the doubt from the equation. Anonymous vote data is published to an incorruptible public database that members can access and audit. They can verify themselves that their vote was not only received correctly, but recorded and counted properly in the final tally. Instead of members relying on the voting provider to be ‘independent’, ‘honest’ and ‘secure’, we have incorporated them into Horizon State’s state-of-the-art platform at the protocol level, meaning they are built into the software as a mandatory feature.

If you want to share in our vision, Horizon State Is Undertaking An Equity Crowdfund Raise!

To bring this to life, we are conducting an equity crowdfund. Version 1 of the new Horizon State platform has been built, and the funding will go towards developing it out as a Software-as-a-Service package for our customers, and start our outbound sales and marketing. The increased revenue streams this addition will bring, means the company can scale and grow to address the issues we’ve mentioned above with our current voting systems.

This is a great opportunity to share in our successes, so sign up today.
Join @HorizonStateAnnouncements on Telegram 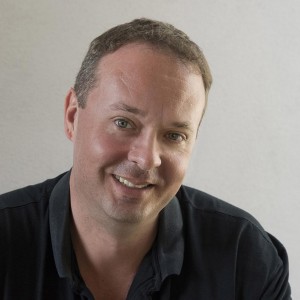 Dan’s life has revolved around technology and innovation since he got his first computer. With over 20 years experience in roles ranging from highly technical to the c-level managing a team of 80, to burgeoning start-ups, Dan ensures we stay on the cutting edge of new technology.

Horizon State’s award-winning voting and engagement product has been built to bridge the trust gap that exists in the communication process between everyday people and those they elect to represent or serve their interests, whether they be public organisations or private businesses.

A Vote for Transparency